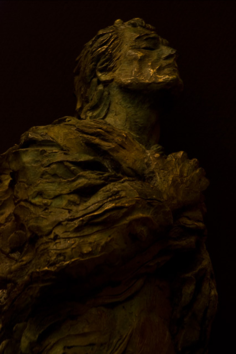 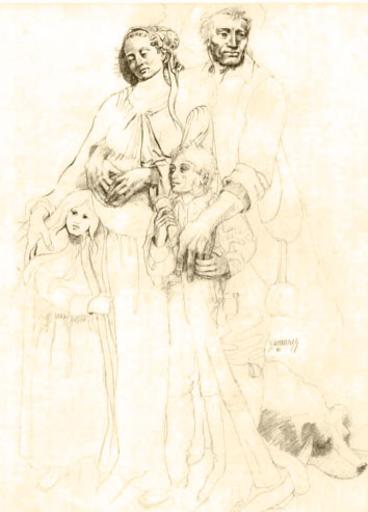 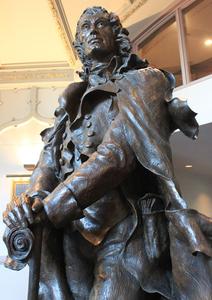 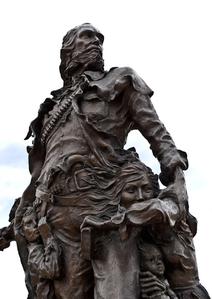 The idea of a major memorial to the memory of those lost at sea and on the Columbia River bar was born in the mid 1980's; the result of a conversation between Richard Carruthers, a fifth generation Oregonian and Michael Naab, then Director of the Columbia River Maritime Museum and subsequently Director of Maritime Preservation for the National Preservation Trust in Washington, D.C..  Considering the number of lives sacrificed to this great river and to the Pacific Ocean it empties into, it was surprising to them that no memorial existed.  The Seafarers Memorial Inc. was formed and the Memorial Board asked Stanley Wanlass, a local sculptor of international reputation to design and sculpt the memorial.  It was designed and a 29" bronze maquette was sculpted and cast within a year.  The larger monument was to be one of the largest pieces of public art in a non-urban setting in the Pacific Northwest. This heroic bronze monument was to be unveiled on the 200th anniversary of Captain Robert Gray's crossing of the treacherous Columbia River Bar on May 11, 1792.
Oregon Senator Mark Hatfield's interest in celebrating the bi-centennial of Captain Robert Gray's discovery of the great river of the West resulted in a pledge of support for engineering the (in-the-water) work and installation of the statue from the U.S. Army Corps of Engineers for $150,000. The intensive study and design work was completed within that year.
Other supporters at the time included a most generous topping-off grant from the M.J. Murdock Charitable Trust, The Franklin Mint, PacifiCorp, the Gray Bi-centennial Commission and the City of Warrenton, Oregon.  In addition, other patrons of the Seafarers Memorial at the time were Oregon Senator Les AuCoin, Andrew M. Hay of Her Majesty's Honorary Consul, British Consulate, Cesar Gonzales Palacios, Consul General of Spain, Peter Brix, of Brix Maritime, J.W. Forrester, President, East Oregonian Publishing Co., Elizabeth Crownhart Vaughan, Thomas J.G. Vaughan and J.G. (Jack) Williams Jr., ADMIRAL, U.S. Navy (Retired), President, Columbia River Maritime Museum.  The same "Seafarers Memorial" that was originally planned at 22' will have more of a presence and become a reality at the impressive size of almost almost 40'; becoming an icon at the mouth of the Columbia River.

No place on earth has a more intense relationship with the sea and the river than this area located at the confluence of the Columbia River and the Pacific Ocean. Many retired and active members of the Coast Guard live in this lower Columbia region.  Many families depend on the water for their livelihood.  All those who live within sight of the "Graveyard of the Pacific" know that winter storms may cost the lives of relatives, friends, and loved ones.  The Astoria City Council and Mayor Arline LaMear along with former Mayor Willis Van Dusen, the Port of Astoria Director Jim Knight and the Columbia River Maritime Museum have pledged co-operation.  On the basis of their enthusiastic response and that of other community leaders of the whole lower Columbia region a new current effort has been launched to make this iconic monument a reality.

individual meditation and or for memorial services.  It will become a pilgrimage destination not only for those who sail in great waters, but also for those who morn loved ones lost in them; which will serve as an accessible point of reference. The ambience is natural and uncluttered except for a planned bronze relief plaque recognizing the individuals and organizations that have contributed significantly to the project. 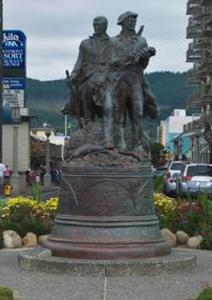 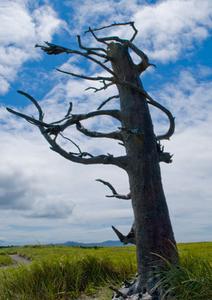 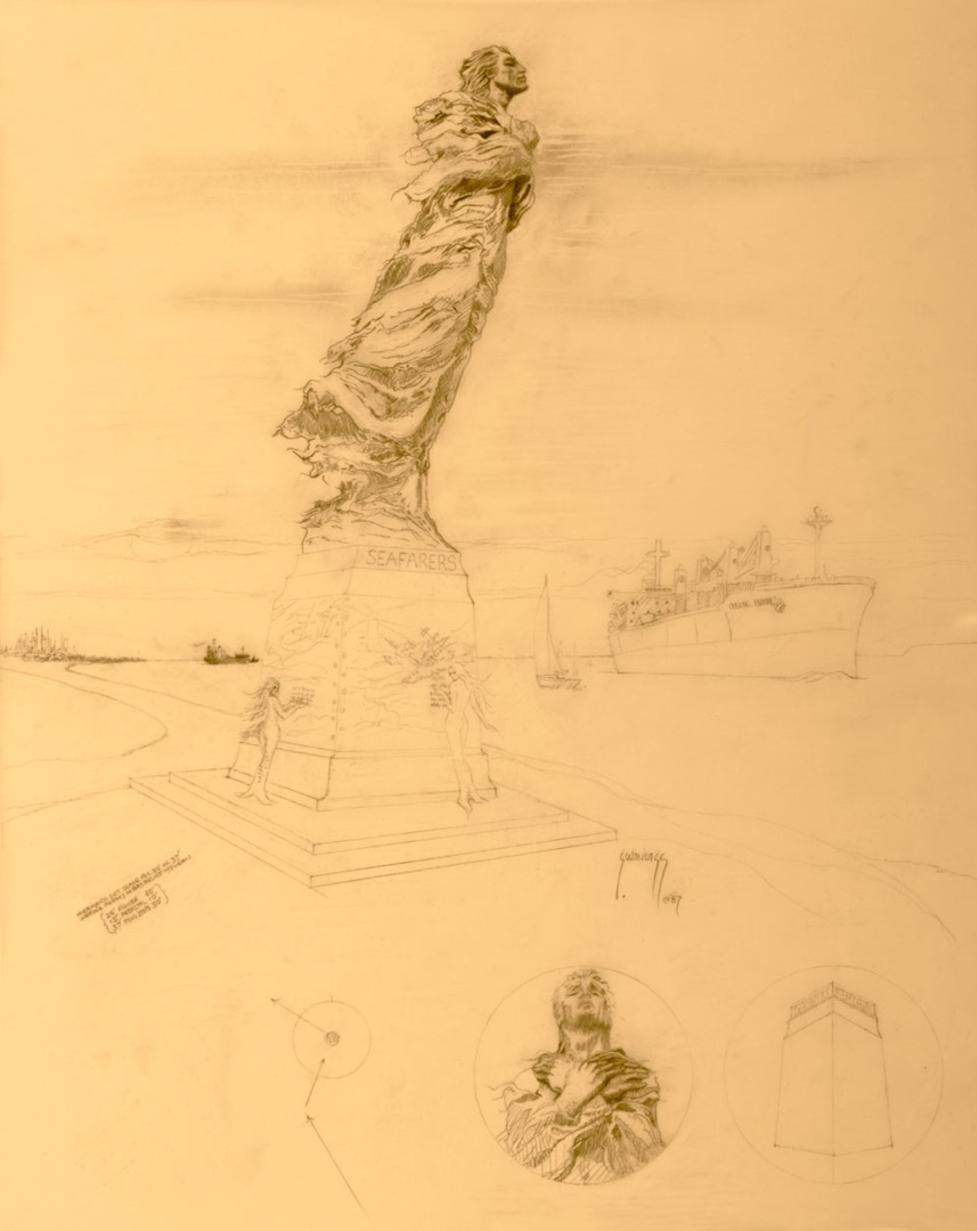 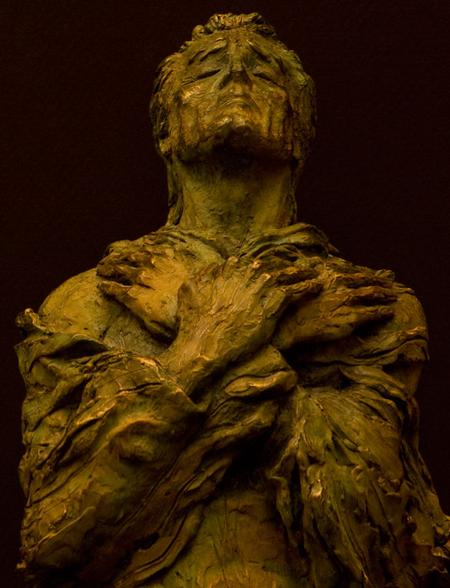 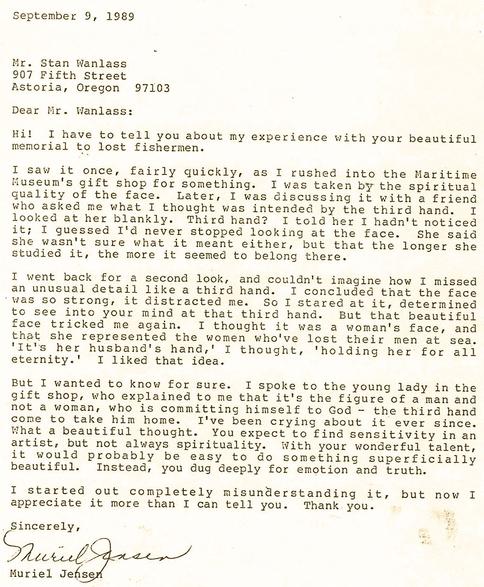 The site is awe-inspiring yet it is within easy walking distance of public parking and on the Astoria Riverwalk Trolley Line, close to the Astoria - Megler Bridge and the West End Mooring Basin Marina. The maritime commerce of the world sails up and down the dredged ship channel just yards away intermingled with fishing, naval, scientific research vessels and pleasure craft of all sizes and types; including huge cruise ships from various parts of the world.  The tiny island will be an area to enhance the effect and purpose of the monument so that even casual visitors will gain some appreciation for the power and implacability of the sea; and for the lives of those who do business on its waters.  Perhaps most important, a place of intimate sanctuary for those touched either positively or negatively by the power of the sea.
For those who have lost loved ones at sea there is no graveside at which to mourn.  The site, the figure, and the associated ceremonies will provide a focus for grief and healing as well as a private place for funerals and remembrances.  This tiny island connected by a land-bridge, will also serve as a quiet place for 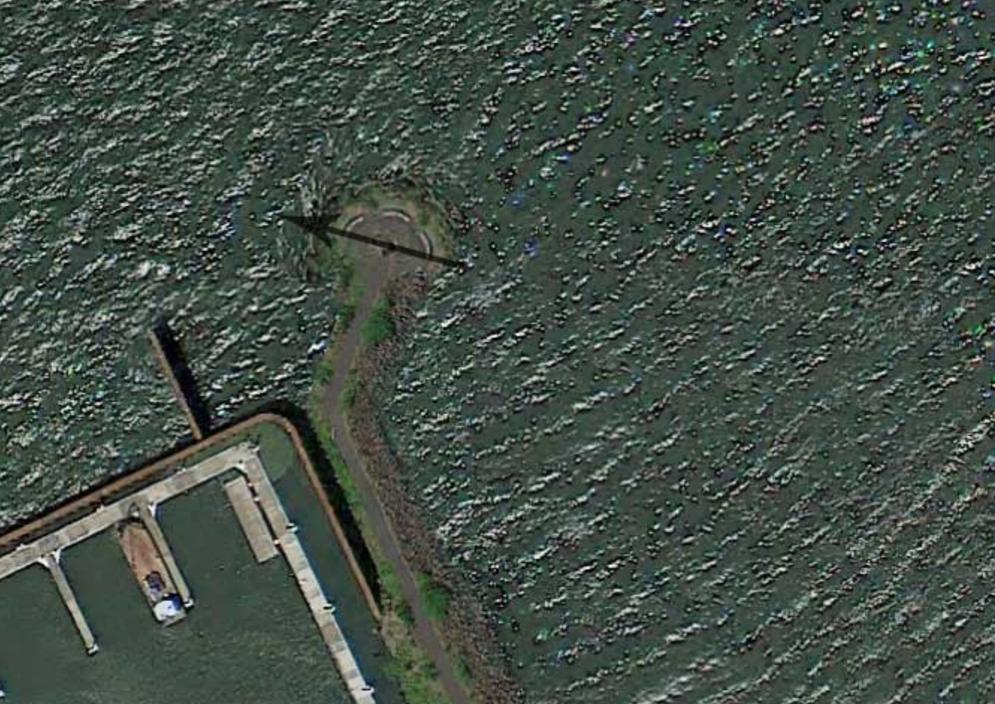 The City of Astoria in conjunction with the Port of Astoria proposes to erect a memorial to all those lost at sea and on the Columbia River bar which is commonly known as The Graveyard Of The Pacific.  The memorial will be an heroic bronze figure nearly forty feet tall placed on its own island (accessible by a land-bridge) near the tip of the Astoria Peninsula.  The tide will rise and fall around the tiny island, never completely claiming it; and yet, far enough into the water never completely releasing it.  Remote from the land and its concerns, the mariner will face toward the sea of which he is now a part. 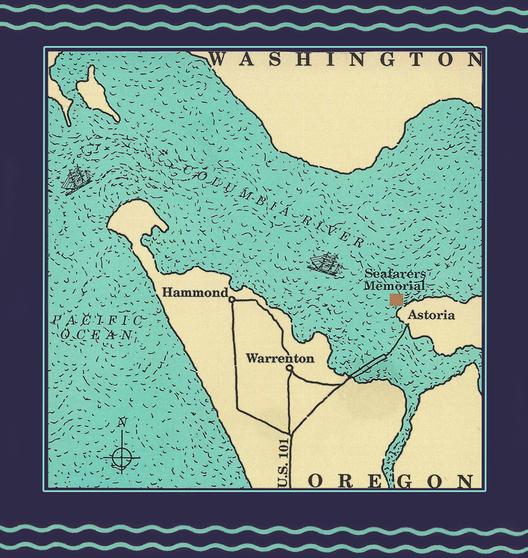 The power, danger, and romance of the sea have forever called out to man.  Many of those who've answered its timeless bidding have been lost in its waters.  It is to them - the sailors of merchant and naval fleets, fishermen and watermen of all nations - that the Seafarers Memorial is dedicated. 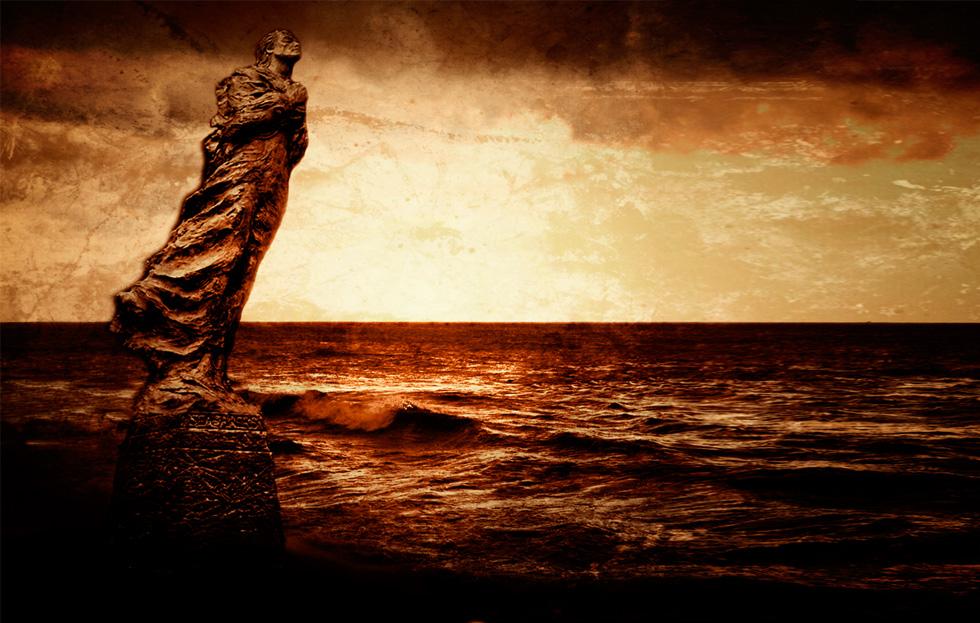